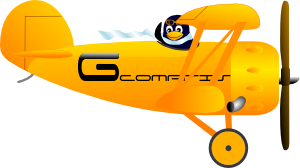 GCompris is a high quality educational software suite comprising of numerous activities for children aged 2 to 10. Some of the activities are game orientated, but nonetheless still educational. GCompris is distributed worldwide, it is translated into over 60 languages, which is unique for this type of software. 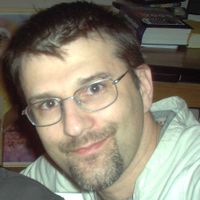 Bruno is a French software engineer. In 2000, not finding quality educational software on the platform GNU/Linux he started to write GCompris. He has from the beginning chosen to develop it under a Free Software model and placed his creation under the free GNU/GPL license.

The community development model encourages users, parents, teachers, translators, various institutions, to modify and improve continuously GCompris. The fact that the software is open make it easy for anyone to adapt to its needs. Thus we find versions of GCompris running on GNU/Linux, Windows, MacOSX, but also on more specific hardware such as laptop for third world children's OLPC or the Nokia N800 Internet tablet.

In 2002, GCompris was incorporated as an official GNU project by the Free Software Foundation, as such, it is considered as treasure of the world by Unesco. In 2003, GCompris received the award for best educational software at the Open trophy at Soissons.

The distribution model of GCompris makes it impossible to know the number of users. What we can say is that there are about 500 downloads a day on the main site, much more if you include the mirrors and repositories of GNU/Linux. The website [1] receives about 1,000 visits per day, through its development model, there are many sites talking about GCompris, allowing it to be very well referenced by search engines.

Although the roots of GCompris is a community project, the quality of software today justifies a business model. The chosen one is the "shareware". The freely downloadable version for Windows and MacOSX is a demonstration, and the user is prompted to purchase the activation code to access all activities.

GCompris is coded in C with the GTK graphics library for its core and in Python for the activities which is an interpreted high level language.

GCompris is commercialized since 2007 by Bruno Coudoin.