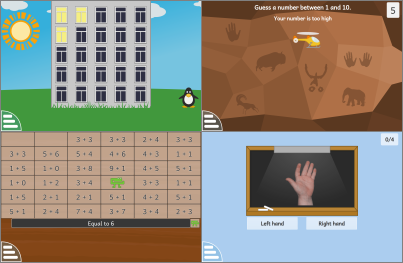 Hi,
We are pleased to announce the release of GCompris version 1.1.

This is a maintenance release, so every GNU/Linux distribution shipping 1.0 should update to 1.1.

Here is a summary of included changes:


On the translation side:

You can find packages of this new version for GNU/Linux, Windows and MacOS on the download page. This update will be available soon in the Android Play store, the F-Droid repository and the Windows store. The package for Raspberry Pi will also be available soon.