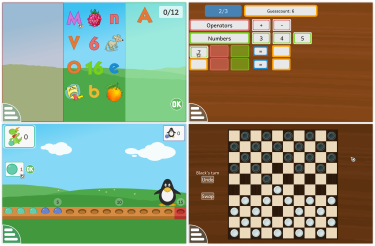 We are pleased to announce the release of GCompris version 0.80.


You can find this new version here:

The new version is available in the Android store

If your distribution doesn't provide an updated package, use one of those standalone installers. They must be launched from command line, after adding executable permission on the file. (based on Centos7 - will not work on distributions with older system libraries).
Linux 32bit or Linux 64bit version

The source tarball, the windows and the GNU/Linux installers are signed. You can retrieve the public key over https here: 0x63d7264c05687d7e.asc.